Ask your home inspector a simple question: “Would you buy this house?”

This being prime house-buying season, I figure now is a good time for me to give you house-shoppers some insight into the unspoken rules that have made their way into the real estate and home inspection professions.

As I’ve explained in recent weeks, most of the home inspections done in our part of the world—and as far as I know, everywhere else—are done by inspectors who were referred by real estate agents. Not that there’s anything wrong with that. If you’d hand your real estate agent a half-million bucks and walk them to a plane headed for the Cayman Islands, I say go ahead and hire your favorite home inspector. But if you wouldn’t trust them with a half-million—and you think they just might put you in a money pit if it meant picking up a quick $15,000 in commission—I say find your own home inspector.

In case you’re wondering, there are some local real estate agents I’d trust with a suitcase full of money, and some I wouldn’t trust to bring back change—or beer—from a beer run. The critical part of buying a house is finding a dead-honest real estate agent who’d rip their own eyes out of the sockets before she’d cheat you.

Whether you go with your agent’s home inspector or you pick your own, be sure you do a little research. For instance, read some of his inspection reports. Check for literacy, critical-thinking skills, and straightforward writing. Check his education. He could be anything from a kindergarten dropout to a Ph.D.

Then, on inspection day, as soon as he’s finished looking at the house, give him one last test. Ask him the questions that he’s been told he should never answer. You might as well start with The Big One, the question for which just about every home inspector has a joke reply, a boilerplate answer or a roundabout, deceptive remark that he hopes will change the subject.

Ask him if he would buy the house.

As soon as the words leave your lips, there will be an eerie silence. If you look quickly, you might see your real estate agent shooting your home inspector the “don’t go there” look, and you might see him shoot back the “don’t worry I’ve rehearsed this” look.

Somewhere in every home inspector’s career, he is told that giving a straight answer to this question is a deal-breaker, a career-ender. If he gives a straight answer, he’s liable to get dropped from the real estate agents’ referral lists. So, he’ll serve up some, uh, baloney. Something like: “Gee whiz, Mrs. Cleaver, that’s a beautiful necklace. It really looks nice with the chandelier in this fine foyer. This is a really swell house, but I’ve got a house already and my wife sure likes it. Heh, heh.”

Maybe it’s just me, but I think anybody who’s getting paid to answer questions about a big financial decision should give his customer straight answers. In the last 20 or so years, I’ve answered The Big One lots of times. Most of the time, I answered something like this: “If I had come over here this morning ready to buy this house, I’d still be ready to buy it.” That was my usual answer because it was the truth. We hardly ever found nasty, deal-breaking surprises in well-kept houses.

A few times, at houses that looked OK at first but turned out to be God-awful, I answered bluntly: “Nope. I wouldn’t buy this house. There’s just too much wrong. I’d never get it all fixed. Truth is, if you were my baby sister, you’d have to kill me before I’d let you buy this house.”

Fewer times, I’ve said this: “Yep. I’d buy it in a second. In fact, if you change your mind, let me know. I’ll snatch this sum-bitch up.” Nobody ever called.

There are other questions that home inspectors have been trained to duck. A while back, a home inspector in another state suggested that his customer—a single woman with a young daughter—check police records to see if there had been any recent criminal activity at the house or in the immediate area. Well, it turned out that there had been trouble in and around the house. Even so, the real estate agent threatened to “blackball” the home inspector because he strayed from his role and cost the agent a commission check.

A home inspector in a nearby state once told me that he wasn’t allowed to “give real estate advice.” I assume that meant that he was prohibited—by law—from talking about the value of a house, the quality of a neighborhood, zoning issues and the like.

Best I can tell, there’s an unspoken rule that a home inspector can talk all day about the good features of a house or neighborhood, but when it comes to bad things, he’s supposed to stick to the hard cold facts, and keep it short. If he departs from that script, the folks who sent him the referral will find somebody who’s more compliant.

Me, I’m just going to stick to a rule I picked up some years ago from Tampa home inspector Mark Cramer: “If somebody asks you a question and you know the answer, answer the question.”

How Can We Offer a 100% Guarantee
On A Home Inspection?

It's easy. We're more thorough, which means we end up finding more defects than other inspectors. During your inspection contingency period you can negotiate with a seller to make repairs, lower the sales price or give you a credit at closing. So the more thorough the inspection is, the more you know AND the better prepared you are to negotiate and to save more money ($$$$).

You don't want a cheap inspection. A cheap inspection may be the most expensive thing you'll ever buy, it may cost you thousands of dollars down the road in unexpected repairs because of missed or overlooked defects. Cheap home inspectors often know less, have less training and do less, which is one reason they're so cheap. OR they are often brand new just starting out, AND trying to learn how to inspect on your new home.

This is an important step in your life and we understand that. We want to make sure you have an enjoyable inspection experience. Our 100% Guarantee is one more way to demonstrate to you our desire and commitment to meet and exceed your expectations.

There are NO gimmicks NO fine-print, no BULL. Here's the details and the easy-to-meet qualifications for the 100% Money Back Guarantee:

"We are writing today to indicate your claims experience with our limited warranty program offered nationally through home inspectors is absolutely perfect. Since you joined our program in 2003 and began providing the limited warranty to your home inspection clients, we have not received a single claim from any of your clients in those many, many home inspections you have performed during that more than 15 year period.

Generally speaking, most of the home inspectors we work with are well qualified Through training and experience, however your record is indeed outstanding and speaks directly to your high degree of professionalism in your chosen field. There are few, IF ANY, of our more than 2,400 inspectors around the country who can claim such a high degree of success in serving and protecting their clients in the home buying process.

You are to be congratulated and we are proud to be doing business with you."

The More Thorough We Are, The More Defects We Find,
and The More Money You Save!

Play These Short Videos to Discover Many of the Shocking Things Uncovered During Routine Inspections in Kansas City and surrounding areas. 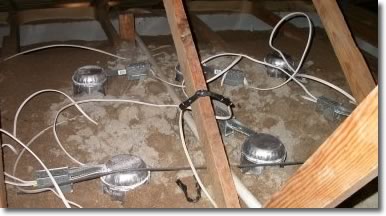 Electrical: Many homeowners have done their
own amateurish wiring and left a dangerous condition
that is a fire or electrocution hazard! 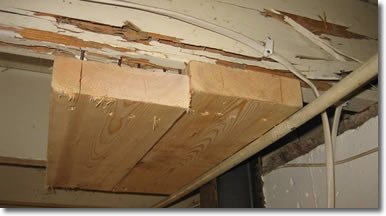 Termites: They feed on wood and are very destructive
to wood buildings. In the local Kansas City
are a they are very active. 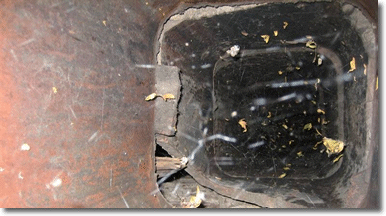 Chimneys:: Out of sight – out of mind.
Many people have damaged flues and don't even know it.
This is a fire waiting to happen. 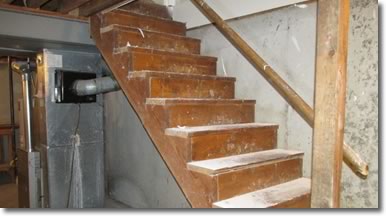 Stairs : There should be NO gaps over 4" wide at stair rails. 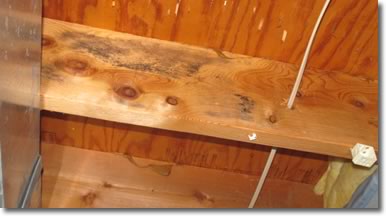 Mold:: Do you have constant colds, itchy eyes, headaches,
sinus or nasal problems. It could be caused by mold.
We are mold experts. 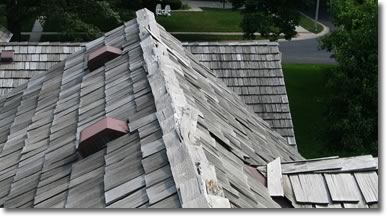 Roof : Without a careful inspection ALL homes
can have roofing defects that let them leak in the rain,
or give your insurance a way to deny coverage.